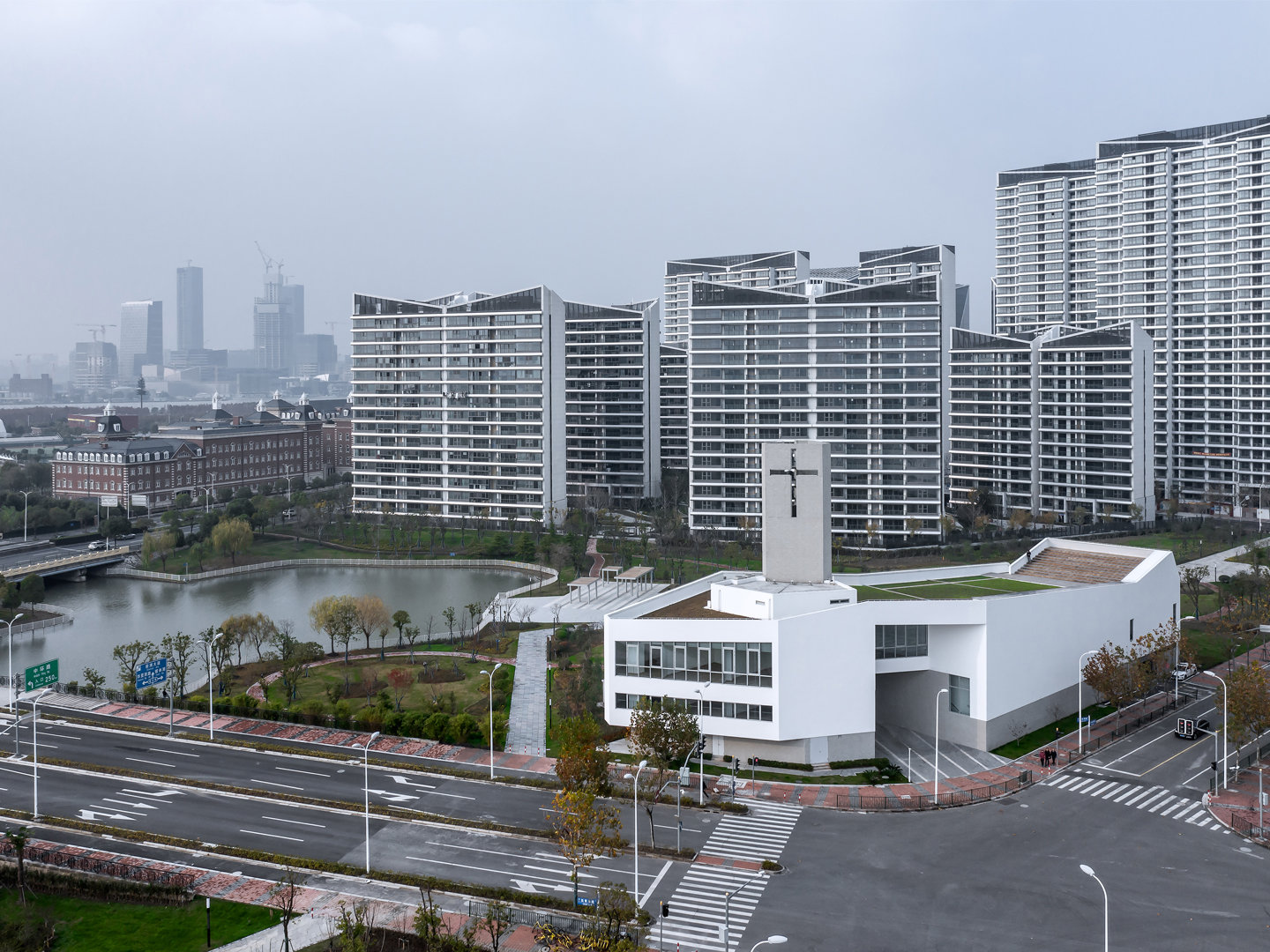 Located in the main entrance to the new New Bund international district in Pudong, Shanghai, the project began with a conflictive situation between the ecclesiastical authorities and the local government, who contacted AS + to find a satisfactory solution. The project presented by the Church Administration did not match the expectations of the Pudong authorities, who expected the temple to reflect the modern and cosmopolitan condition of the new development. Apart from these difficulties, the complex conditions of the plot, where the underground infrastructure of the subway constrains the lot against the access road to the New Bund, gives the building the condition of edge between the linear park of the Huangpu River and the new urban development. 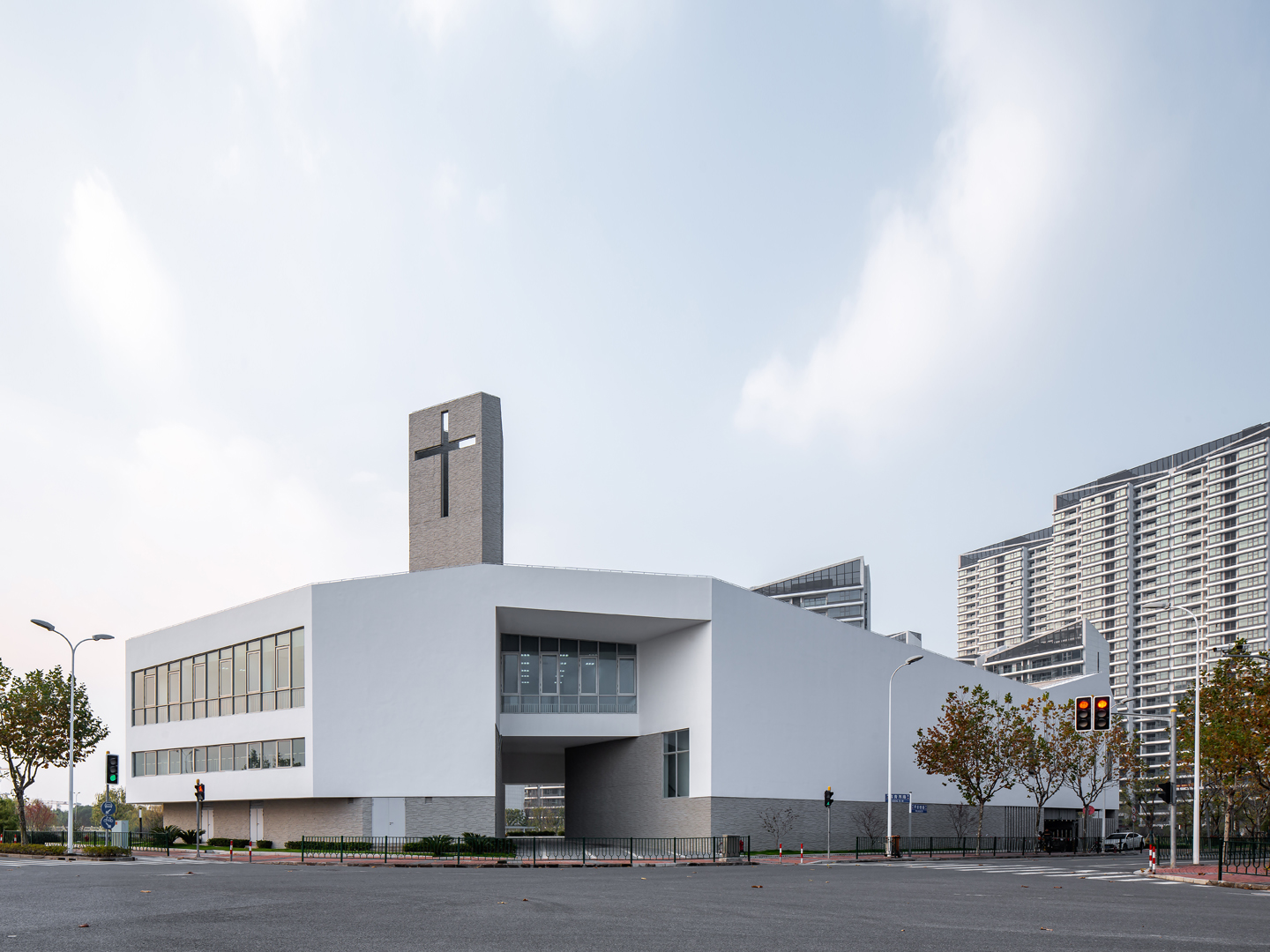 The AS+ project starts from the program division of the previous project, which divided the administrative functions of the worship spaces, unifying the design into a single coherent project. The volumetric organization of the Church establishes a direct link with diagrams previously developed by the firm, such as the non-built projects of La Casa Verde (1997) and the Ryder Cup Golf Club (2011), with which it has in common a same landscape approach. 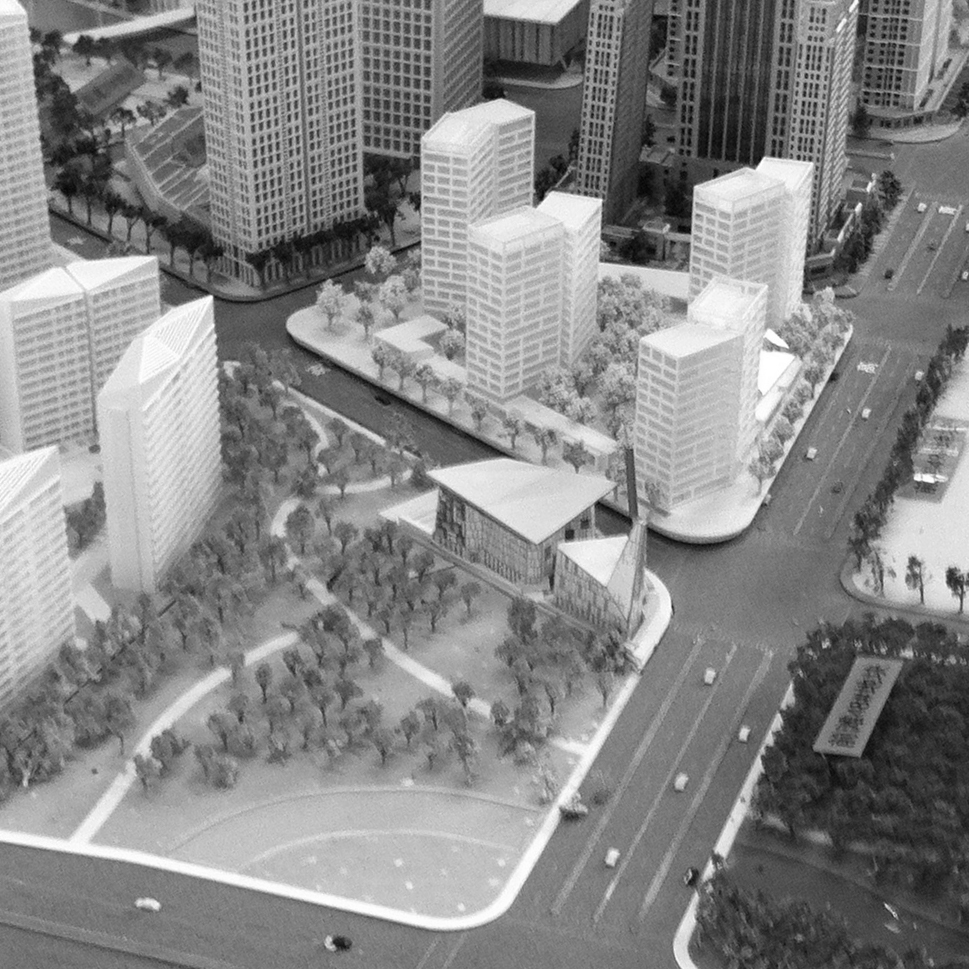 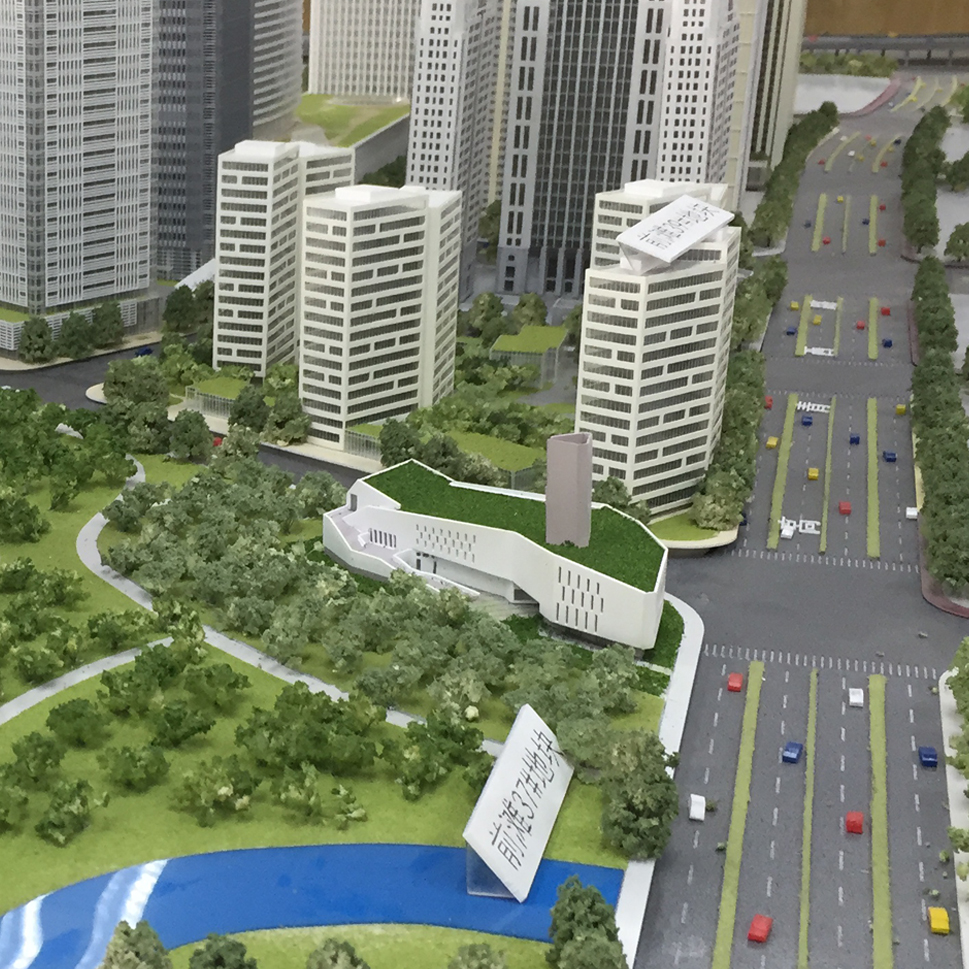 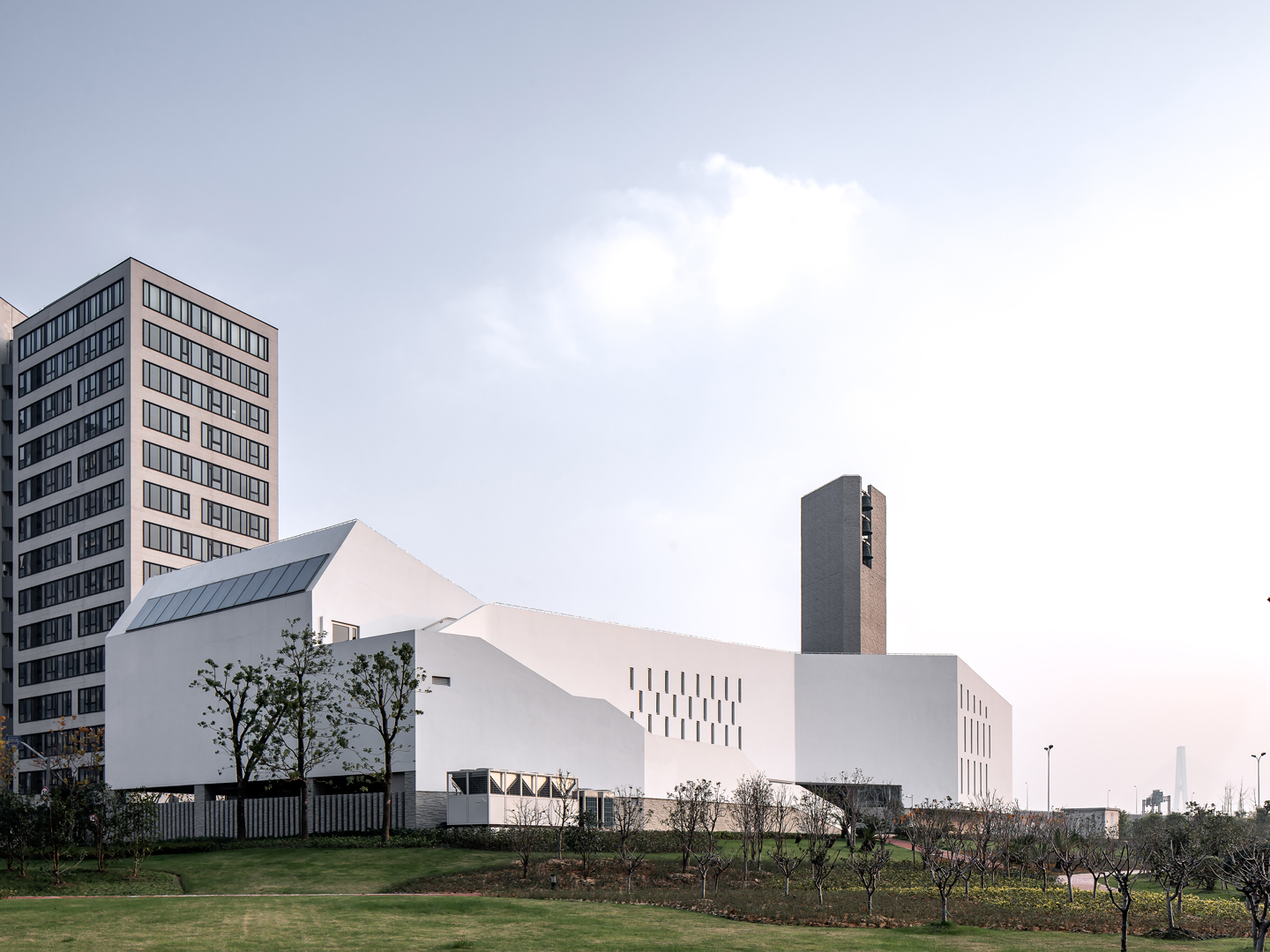 The set is made with a tight budget that forced to restrict the materiality to the extensive use of the white plaster, linking the proposal with the plastic lines of its environment, and the use of the concrete seen in the base, bell and cover of the main nave with a certain post-conciliar taste. This material limitation is compensated by the strategic and precise use of purely architectural resources such as natural light, which filters into the interior of the temple with a specific intentionality according to each of the orientations. 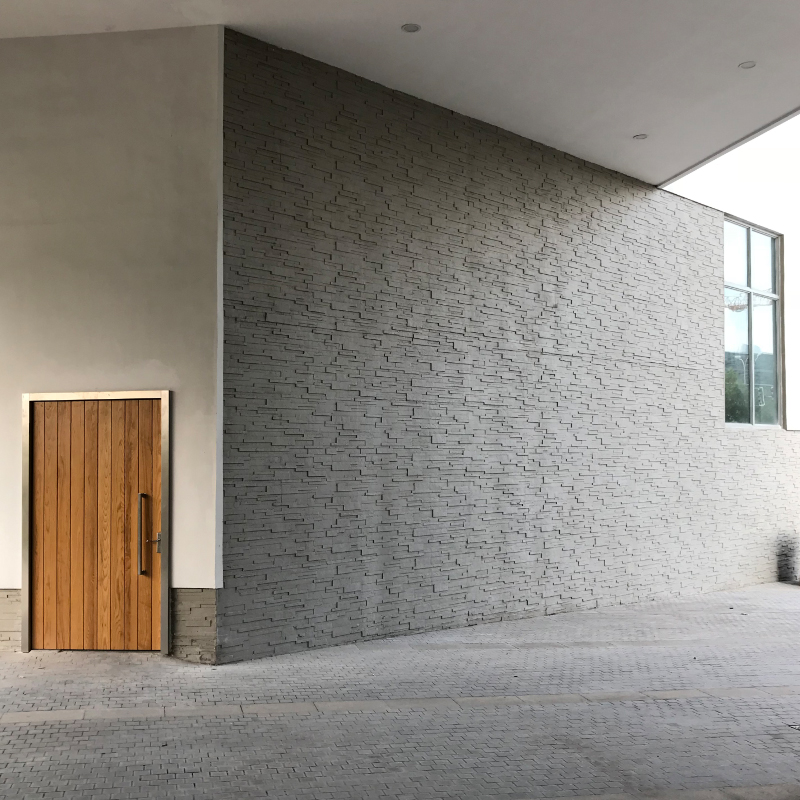 The central space of the complex, the main chapel, emphasizes its symbolic character as a meeting place for the community, integrating two types of worship spaces: the longitudinal nave of a fundamentally Catholic tradition and the Protestant auditorium temples, conceived around the acoustic and the symbolic and ceremonial role of the choir. The religious program is completed with a smaller chapel located behind the rear bleacher that is separated from the main nave by a mobile wooden wall that can be folded to occasionally increase the capacity of the temple to 2,000 people. 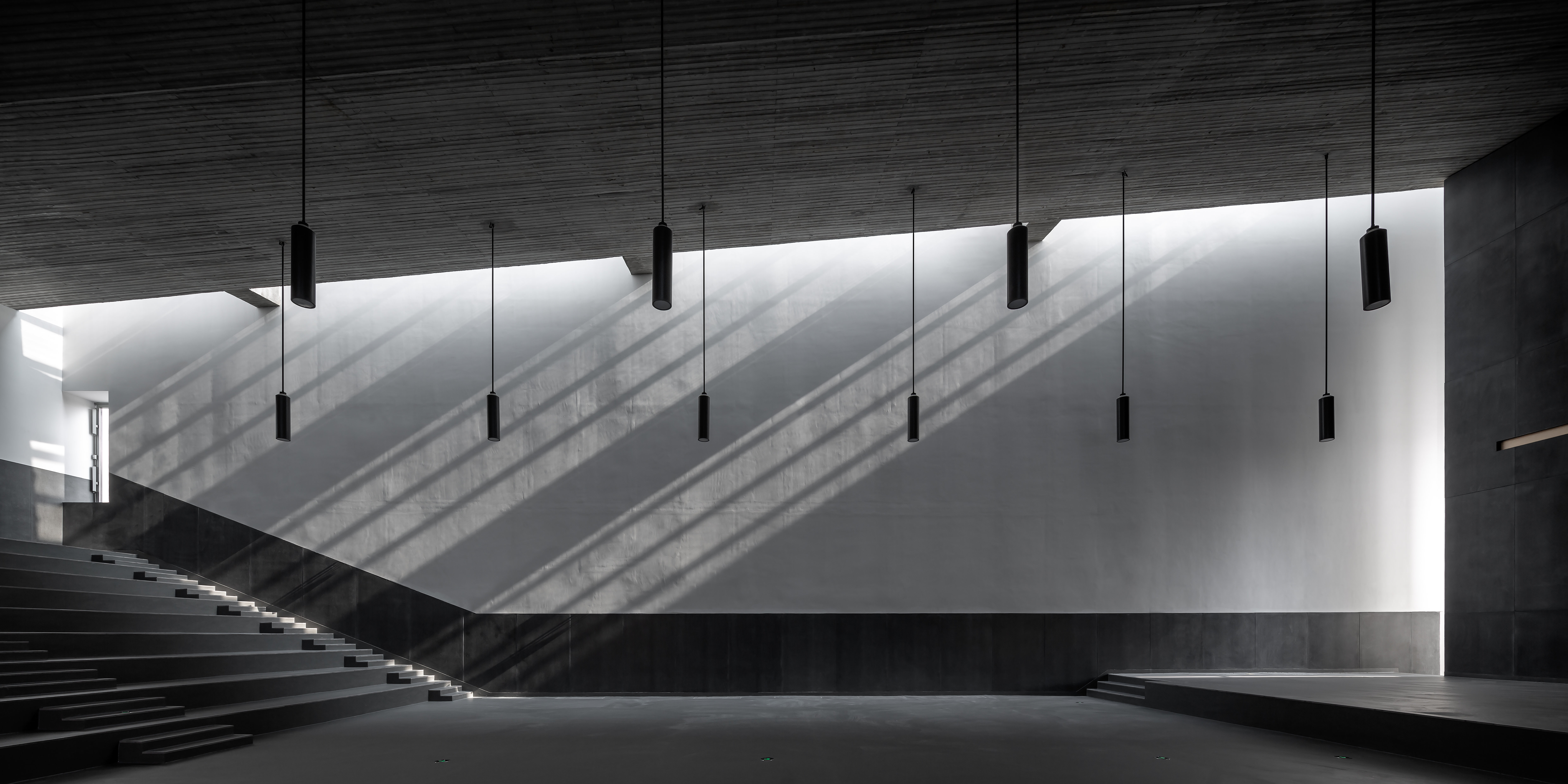 The project genealogy connects with the topographical and landscape understanding of the building’s roof as an extension of the adjacent park, conceived in the manner of the accessible roofs of certain European cathedrals such as Milan, Barcelona or Paris. Through a picturesque public stairway, which turns towards the front of the temple like the tail of a marine animal, it ascends to the garden roof of the building: a natural belvedere over the park and the Huangpu River that allows the gathering of the community around the celebration of outdoor ceremonies. 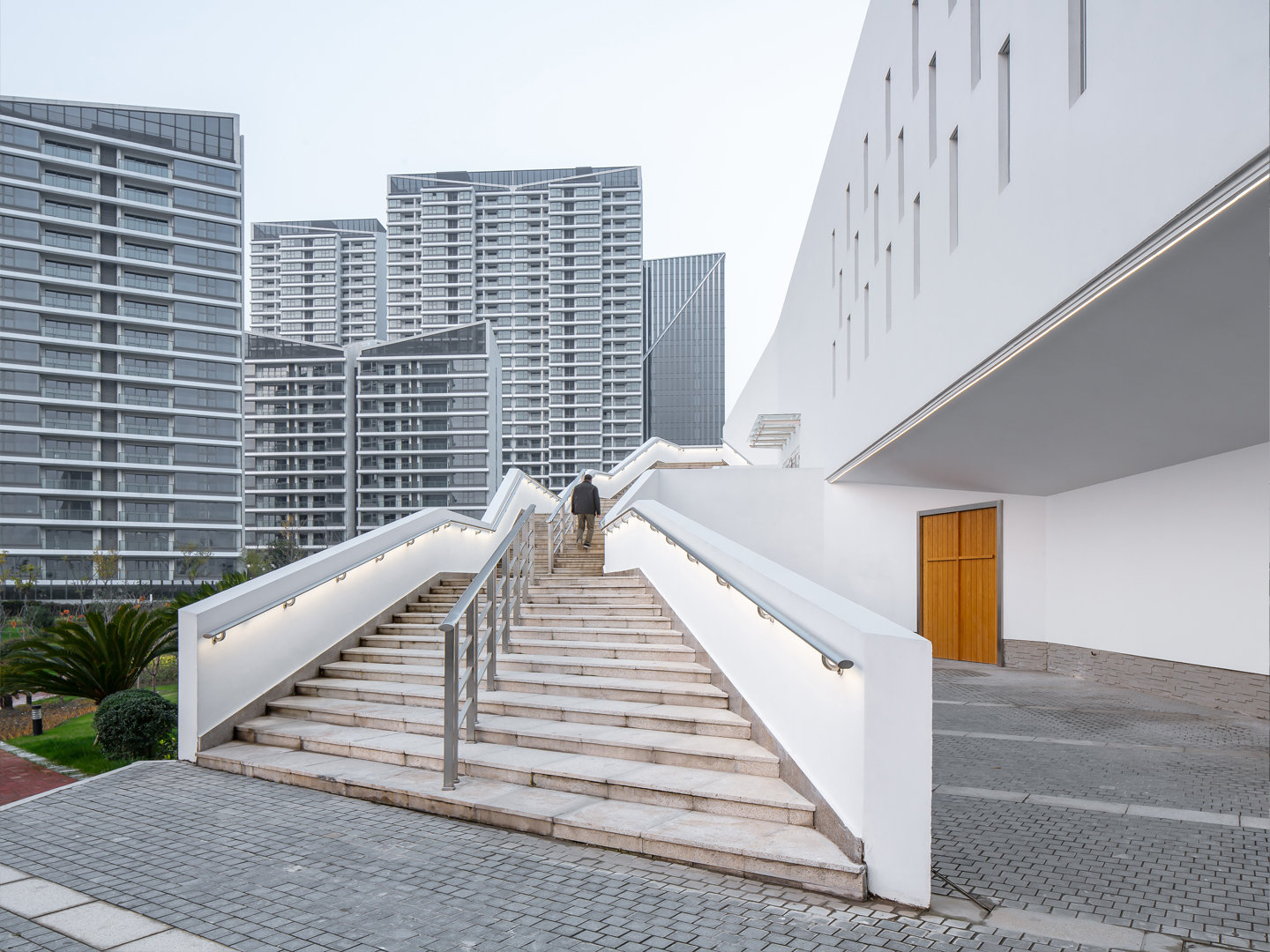 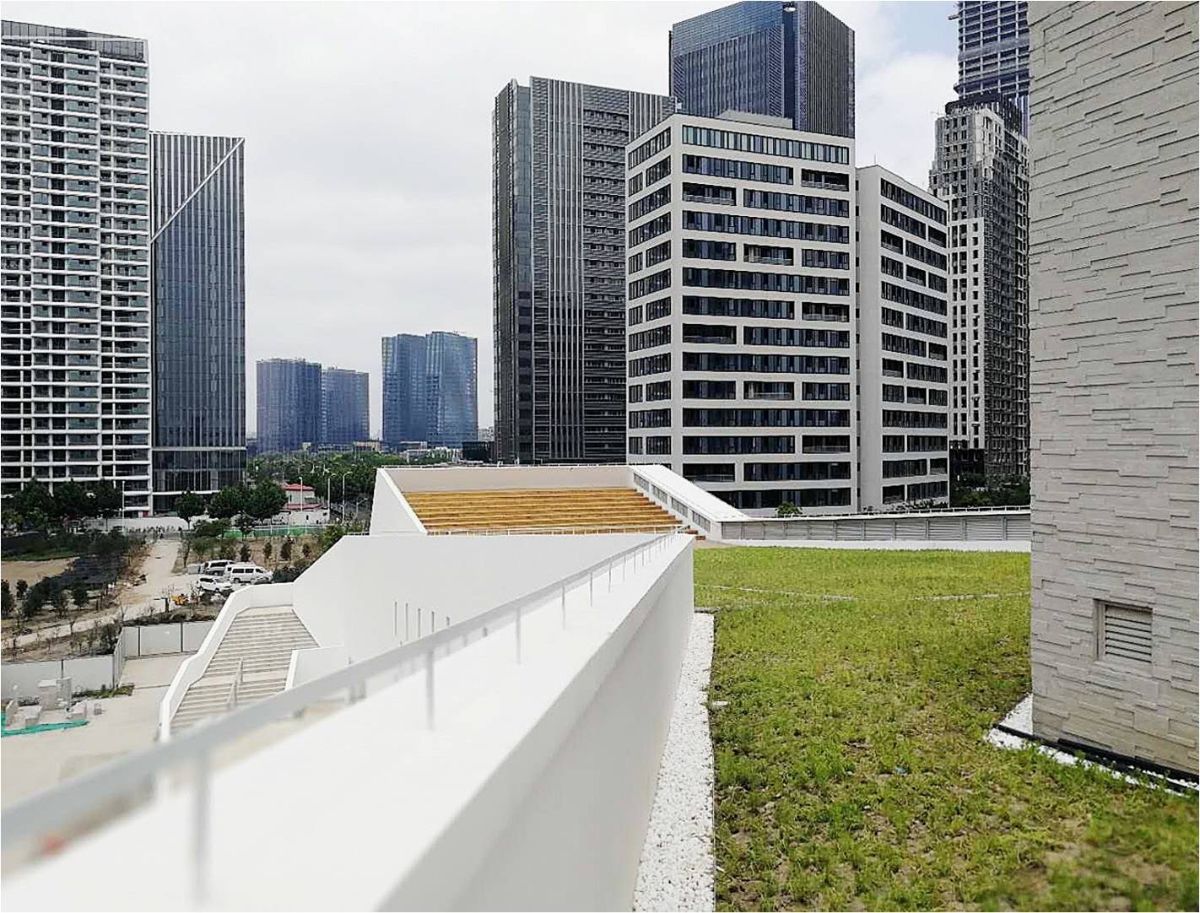 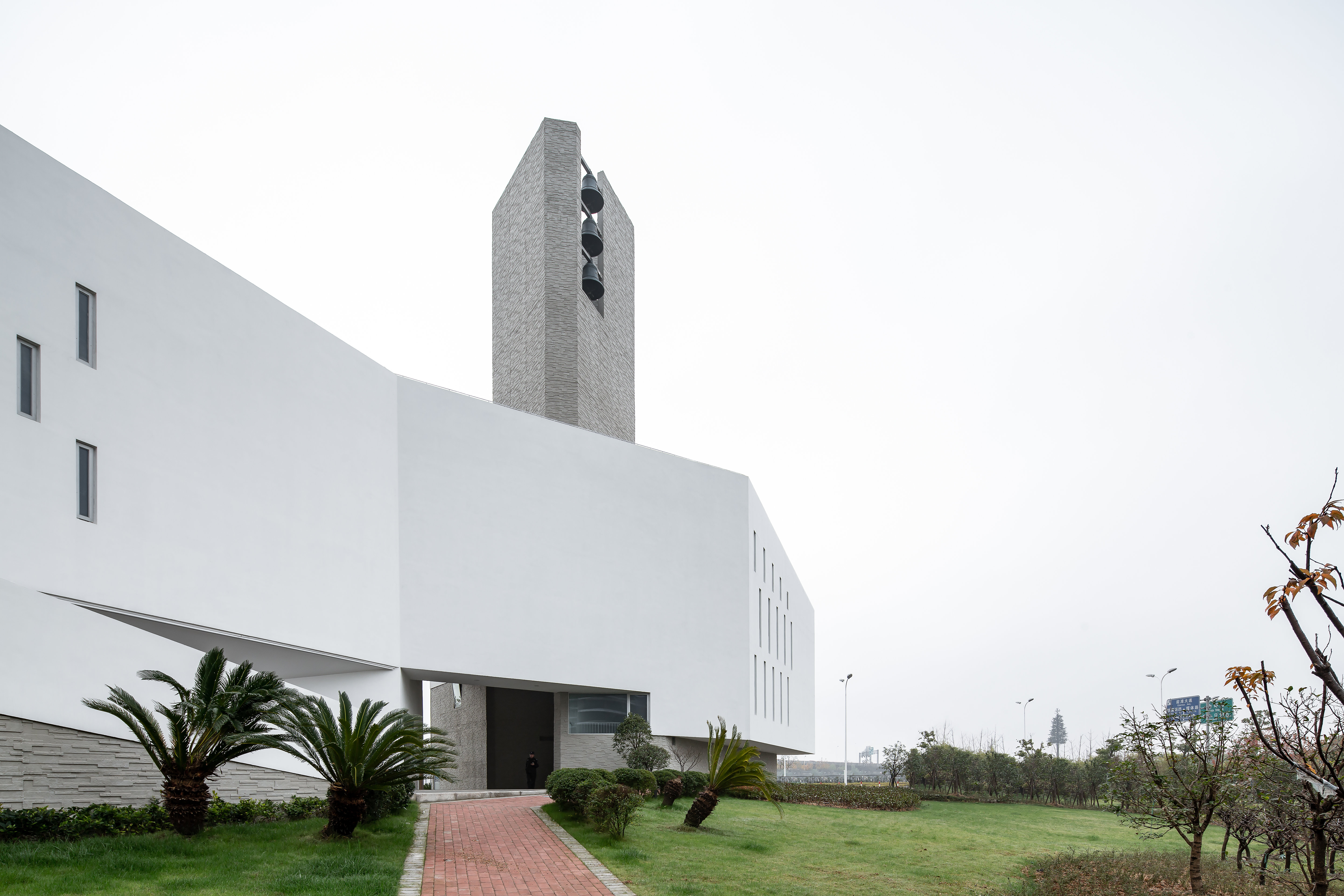 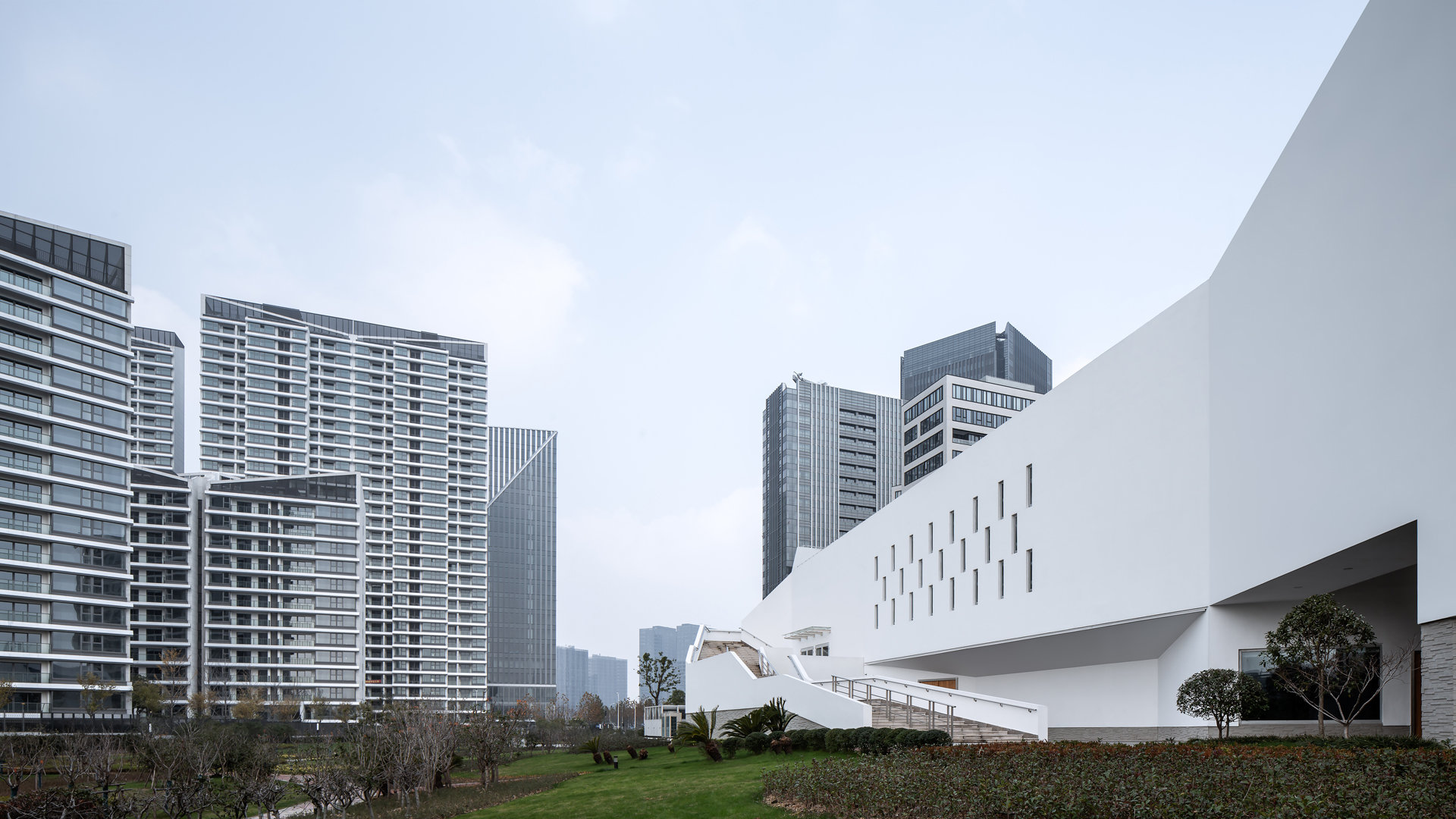 The aim of the project is the enrichment of the new planned city and the generation of prosperous relations between the elements that will nest on it. Architecture, landscape and urban planning will set the future dynamics that may favour the access of next-generation inhabitants to facilities, reinforcing as well the empathy of the youngest with the Church and involving them in the community activities and needs. 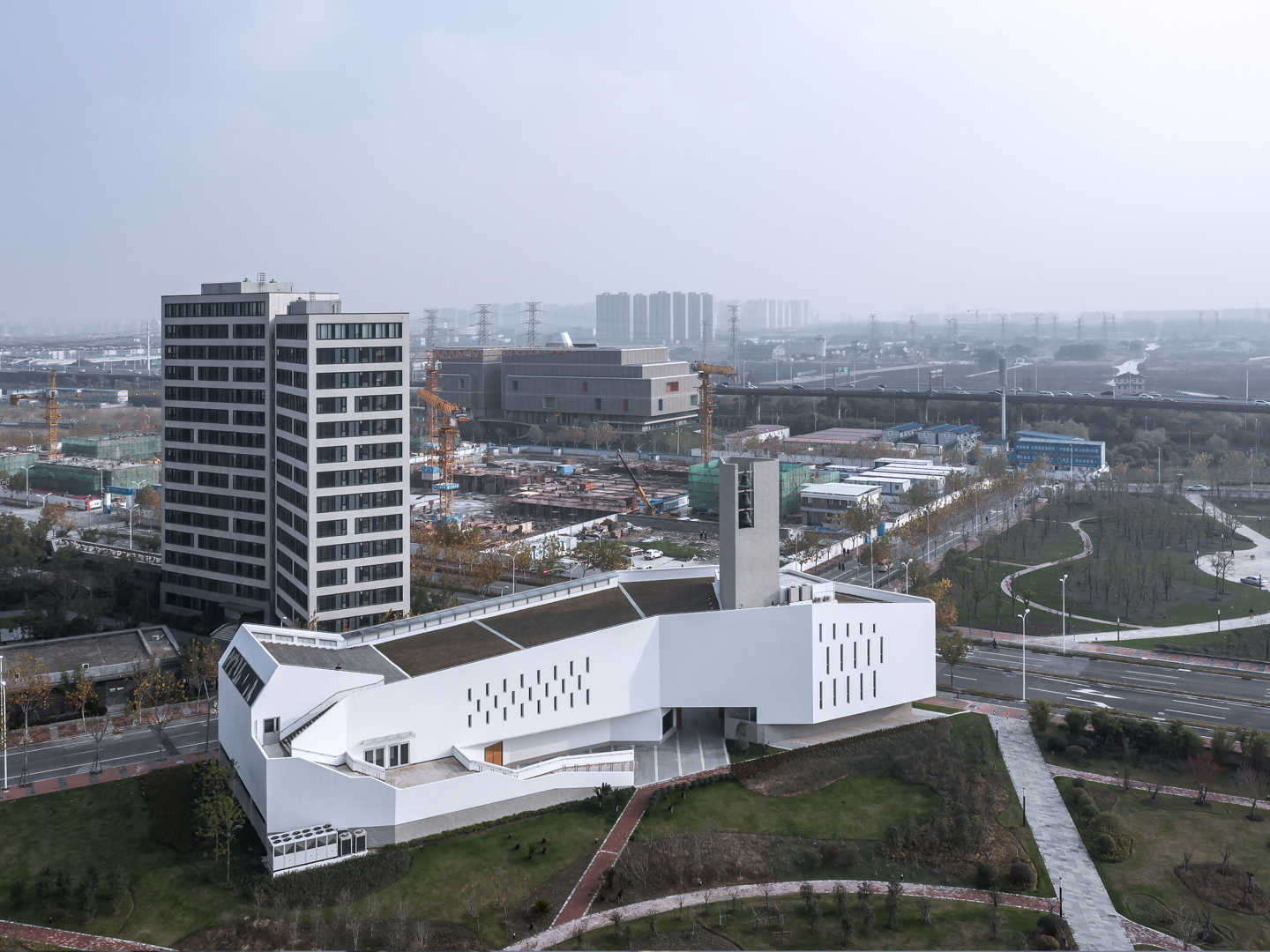 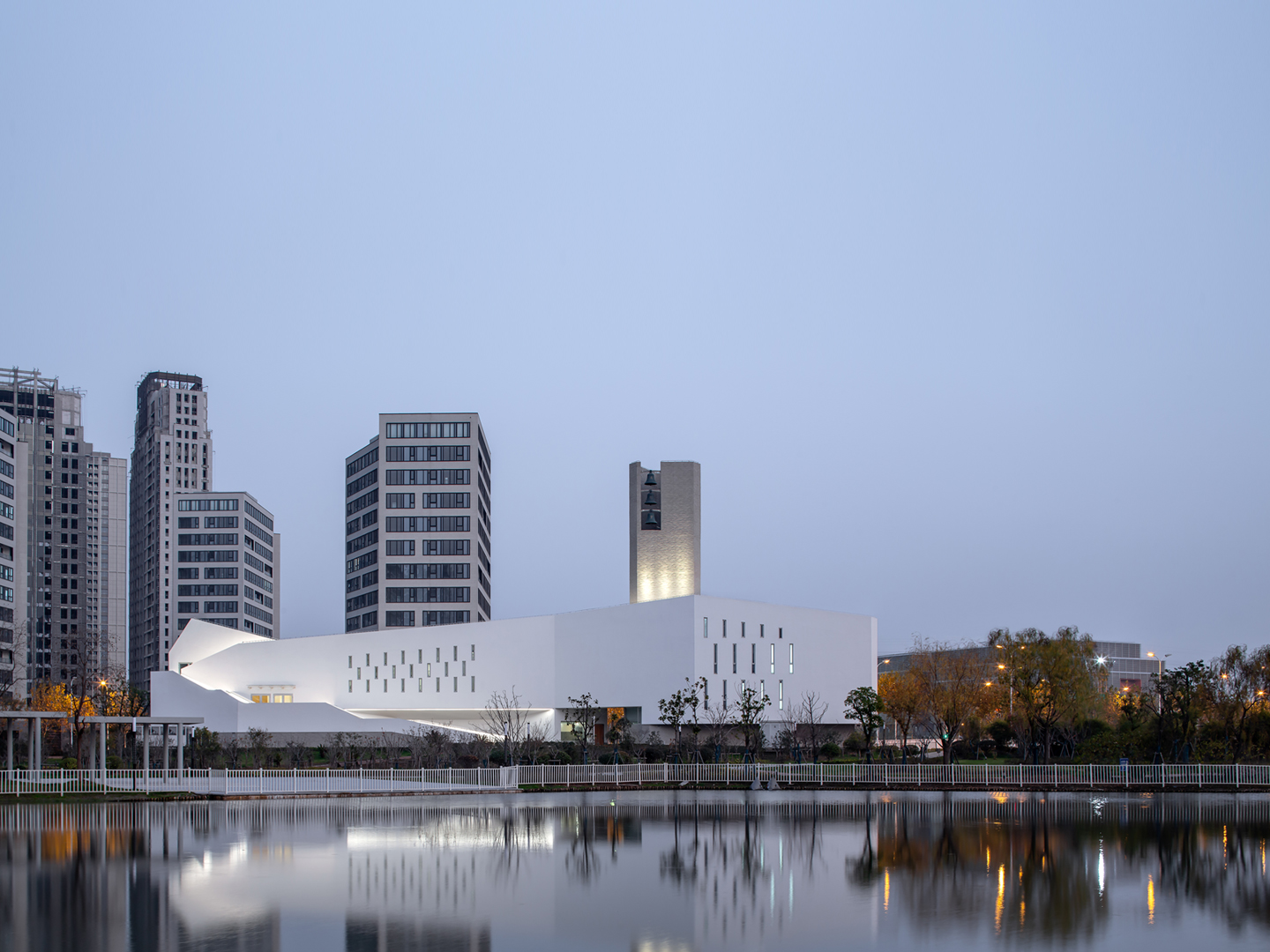